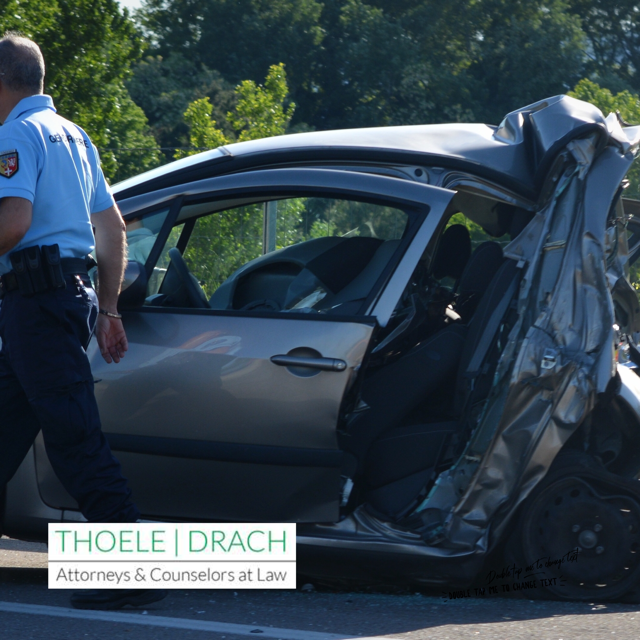 Uninsured or underinsured motorist coverage is one of the options when you are selecting car insurance coverage. Many people are confused about what this is, what it covers, whether they need it, and, if so, how much coverage they may need. This blog post will shed some light on these questions.

What is Uninsured Motorist Insurance and What Does It Cover?

Uninsured or underinsured motorist coverage (“UM”) is insurance that you purchase, which will protect you if you are involved in a crash in which the at fault driver does not have bodily injury insurance (“BI”), or his BI coverage is not enough to cover your damages. For example, let’s say you are rear-ended at a stop light by a driver who was simply not paying attention. That crash would be the other driver’s fault. If you are injured your personal injury protection insurance (“PIP”) will pay the first portion of your medical bills, lost wages, etc. But if your damages exceed your PIP coverage, you will need to have those damages covered by the other driver’s BI coverage. If the other driver was not carrying BI, you may be stuck covering the rest of those damages yourself, unless you have UM. If the other driver did not have BI and you have purchased UM coverage, you could make a claim under your own UM coverage for medical bills, lost wages, and other out of pocket expenses related to the crash, up to your UM policy limits.

The same thing happens if the other driver has some BI coverage, but it is not enough to cover your damages. For example, if you suffered a back injury as a result of the crash and needed to have surgery, your damages could be very high. In that case, even if the at fault driver was carrying a $10,000 BI policy, it would not be enough to cover your damages. As in the last example, you could be stuck covering anything over the $10,000 coverage limit yourself; however, if you have UM coverage, you could make a claim to your UM policy for the amounts in excess of the amounts covered by your PIP and the at fault driver’s BI, up to your UM policy limits.

Do I Need Uninsured Motorist Coverage?

In short, yes.  As described above, UM coverage protects you if you are in a crash caused by a driver who does not have sufficient insurance coverage. Unfortunately, many Florida drivers drive without BI coverage as it is not required in Florida except in certain circumstances. This can mean that you are left to cover much of your own damages despite the fact that the crash was someone else’s fault.

How Much Uninsured Motorist Coverage Do I Need?

This is a personal decision, but we typically recommend at least $100,000 in UM coverage and also recommend stacking the UM coverage. This means that if you have more that one vehicle on your policy, you can essentially double (or triple, quadruple, etc. depending on the number of vehicles on the policy) your UM coverage in the event of a crash. The other option is unstacked coverage, which would mean that you have access to the policy limit you chose with no chance of multiplying that coverage. UM coverage typically adds only a small amount to your insurance premium and provides huge protection in the event of a crash.

An example of a situation in which UM coverage might be hugely important is when a four-person family is involved in a serious collision that requires surgeries. The medical costs alone could easily be in the high six figures. Without sufficient UM coverage, it is possible that the family could face financial ruin. Stacked UM coverage can be an important tool for protecting your family from financial disaster in the event of a collision.

How Do I Make a Claim Against My Uninsured Motorist Coverage?

If you are involved in a crash, you need to make sure you follow all the appropriate steps to protect your right to make a claim under your UM policy. If the at fault driver has some BI coverage, you need to make sure you are considering the requirements of your UM policy when you settle with the driver’s BI coverage provider. Before settling a personal injury claim resulting from a car crash, it is important to consult with an experienced personal injury attorney. Here at Thoele | Drach our consultations are free, and we do not get paid unless we recover compensation for your injuries. We would welcome the opportunity to discuss your case and how the various insurance policies come into play with you.